WebEngage now enables marketers to get unprecedented insights into the various channels of engagement and the campaigns created on those channels.

As an example, let’s take a look at Email as a channel and a particular Email campaign. Similar insights will be available for other channels and campaigns on those channels.

As you can see in the example above, for the time period selected, we’ll show you certain key metrics such as: users engaged, new subscribers, unsubscribes, opens, clicks etc. for Email as a channel. For other channels such as Push or In-app, we’ll also show you the breakdown of these numbers over OS. Or, in case of Web Push, we’ll show you breakdown over browsers.

For all the metrics associated with a particular channel, you’ll able to analyze the trends of each of these channels. If you see that the “Opens” and “Clicks” have been increasing over time, you know you’re doing well with the content of the messages and the triggers you’re using to invoke these messages. Or, let’s take a more negative scenario. If you see that the number of “Spam Reports” or “Unsubscribes” increased drastically in a particular week when viewing the data for certain months, you could then drill down and figure out the answer to this problem.

In addition to showing you the trends, we’ll also show you a snapshot of the day and time when most of your users interact with your emails and the type of devices through which they engage. If you see that most of your conversions happen on Saturday and Sunday between 12pm and 4pm, perhaps it means these are the opportune times when you should be sending your users emails. On some other channel, let’s say Push, you might notice that conversions mostly happen between 4pm and 6pm on weekdays. Maybe, Push campaigns should be sent on weekdays between those times.

This was more of a UI and UX revamp of an already existing feature. You’ll now be able to see a list of your campaigns based on the type of campaign – one-time, triggered, recurring, journey or all.

This was also a UI and UX revamp of an existing feature.

For the results of any campaign you’ve sent through WebEngage, you’ll now be able to view the most important metrics of that campaign followed by the breakdown of these metrics over the different variations. If you hover over certain metrics such as failures, you’ll be able to see the various reasons for the failure. Lastly, by clicking on  the “More Details” link, you’ll now also be able to see the details you had specified during the creation of the campaign such as the conversion event being tracked, whether the campaign was following frequency capping and DND etc.
Try out our new feature and tell us what you think of it! Or request a demo from our Success team to learn more about this feature.

To ensure that the user clicks it is imperative that we are able to send him the message that makes ...

We wish you a very Happy New Year - Its T(Shirt) Time!

Dear Customers, Your love and support for WebEngage in 2012 has been phenomenal. By earning your lov... 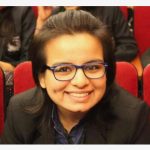