We’ve released a new feature called “Funnels” today that will enable you to identify the specific points in your product where your users drop-off. Funnels on WebEngage will give you insights from both a campaign as well as product perspective and how these two interact.

Let’s say you want to increase the conversions for a particular email campaign that was sent to a million users. Let’s also assume that you’ve built the perfect campaign that is contextual, personalized and triggered at the right moment. If the conversions are not great, the problem could be related to the campaign itself or the product (your app or website). In order to increase conversions, you need to identify the specific points or areas where your users stop engaging with you. In this case your funnel would look something like this:

To increase conversion, you’ll have to identify the bottlenecks in the funnel above. The bottleneck could be between any two steps and the solution would change depending on where the bottleneck is.  If the major drop-off is between Step 1 and Step 2 of the funnel, perhaps your CTA is not highlighted properly in your email. Or if it is between Step 3 and Step 4, maybe the messaging on the product page is not in sync with what was said in the campaign. Or if it is between Step 5 and Step 6, there is probably something wrong with the payment gateway or the the payment process. Once you’ve identified the specific problematic areas, you can then take action on the product or on your campaign to increase the conversion.

Let’s bring the discussion back to the “Funnels” feature on WebEngage. On the Funnels page, you’ll first see the list of all the funnel you’ve already created.

To create a new funnel, you can click on the + button. Each step of the funnel refers to an event: (a) Custom event eg. Add to cart, Purchased etc. (b) System event eg. App install, App uninstall etc. (c) Campaign event eg. Email click, Email open etc. For each of these events, you can then add filters. For an “Email click” event, you’ll want to specify the “Campaign ID” for which you want to conduct your funnel analysis. Or, for an “Added to cart” event, perhaps you’re only interested in viewing the “Apparel” related “Added to cart” events.

You’ll also be able to view breakdown of the funnel based on many parameters such as location, technology etc. If you wanted to view the key funnel metrics for each country to see if there are certain countries where the overall conversion is lower than other countries, then you would be able to achieve this through the “Analyze” functionality.

Through years of interactions with some brilliant founders, one thing (apart from their infectious e... 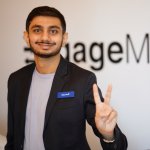 We woke up to a sweet system alert this Saturday morning – WebEngage is now powering in-site s...