We have released two features this week that provide you an even deeper insight into your campaign results.

Well, now you can through our latest feature List of Users which you can find in the campaign report page in any of the channels.

On this page, you can see a list of users who have engaged with your campaign (received, opened, clicked etc.), who have converted because of your campaign etc. You will also be able to see other relevant data such as a list of users for whom the campaign has queued/failed and the exact reason for it such as DND Hours, Frequency Capping Reached, Hard Bounce etc.

Each user log is displayed against a User ID. We are in the process of putting in more user profile details (such as name, email address, phone number etc.) against each user log. We’re also currently working on the Download Report functionality which will allow you to download this data as a CSV file.

For each campaign you send through WebEngage, you will now be able to analyze the different metrics of this campaign from many different dimensions. You can find this feature under the Analyze tab in the the campaign result page.

Think about scenarios such as the following:

As you might have guessed, this feature is very similar in functionality to our Events page. If you’ve been extensively using our Events feature, you’ll exactly know the power of this functionality on the campaign result page when you’re trying to slice-and-dice campaign metrics from many different dimensions.

Liked our article? Give us your feedback by rating it.
Total Rating : 2 , Average Rating : 4.5
Related Articles

Isn’t integration with external software products a major pain? Especially when you are required to ...

We have released a new feature today that solves a few teething issues that marketers and developers...

We are living in the era of the ‘Evolved Consumer’, where consumers actively seek information to mak... 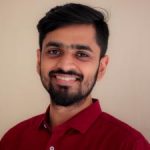