There Will Be A Light

They say the dinosaurs lived on earth for 175 Million years before going extinct. Human species is barely 200,000 years old. Yes, we have been a very stupid race and maybe we don’t deserve to live for as long as the dinosaurs did. But, this little? No, please. We have survived a whole bunch of threats to our species – not surprisingly, the biggest threats originated from our own! Take the Syrian refugee crisis, for example. It’s one the biggest humanitarian crisis of our times. Millions of Syrians have been displaced from their homes 😞. Most countries have shut their doors on them. With an uncertainty looming over their heads, how can any one of these men and women think of a future? 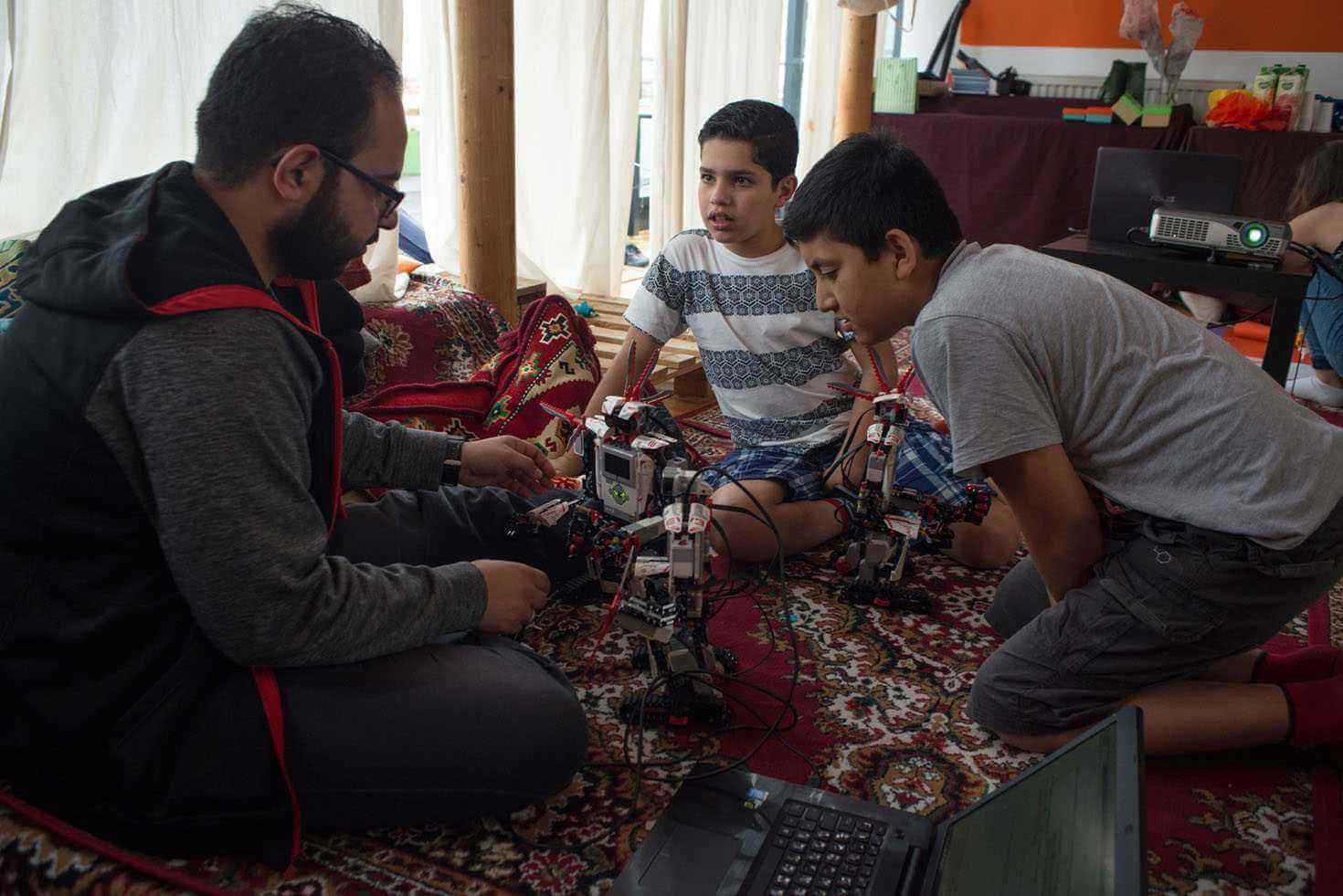 21-year-old Asem was forced to flee conflict in Syria. He now works and volunteers in Berlin | Source: UNICEF

When Syria’s war spun out of control in 2011, Asem, 21, was forced to quit his studies in mathematics and become an ambulance driver. Two years later, his ambulance was bombed and he lost his left leg. Still, he counts himself lucky to have been taken to a hospital in Jordan where doctors were able to save his life. For Asem, recovery lived in the desire to learn something new. He learned software coding and 3-D printing, managing to design and build a new prosthetic leg for himself. “Peace and knowledge is the only way to rebuild our lives,” he says.

Last year, Asem made the passage to Europe and arrived in Berlin. He spends his time teaching software programming to kids who have witnessed war. “Learning is the way we put our problems behind us and get excited about life,” he says. Next, Asem hopes to make 3-D printed equipment to help Syrian rescue workers save victims of the continuing conflict. “Refugees come to Europe with different skills,” he says. “But we all have one thing in common. We all want to be a part of this society.” [source]

More power to millions of Asem’s across the globe.

While welcoming the new year 5 months ago, little did any one of us know that mankind is staring at its next big threat – the COVID-19 pandemic. From being a health scare to citizens all over the world, this pandemic has had far reaching consequences on the global economy. Everything that makes our lives modern and connected has been brought to a grinding halt. The fear and uncertainty has led to mass layoffs and furloughs across industries. Global estimates on the number of people losing their jobs currently hover around 200 Million. As the situation continued to unfold, we witnessed this with helplessness and fear.

Fear is terrible.
Hope is beautiful and eternal.

2019 was a growth year at WebEngage. To achieve our rapid scale up mission in 2020, early this year, we started looking out for some great men and women to join us. As the COVID-19 threat became clearer, we put all our hiring on freeze. After battling with fear for more than 2 months at WebEngage, we have now decided to side with hope. The hiring freeze has been lifted and we have resumed it for some positions. Join us in the mission – let’s build a thing or two together to help brands engage their customers with empathy and kindness in the new world. We have been passionately solving this problem for many years now.

Signing off with Ben’s open mic performance of his 2004 track There will be a light.

Avlesh is the co-founder and CEO at WebEngage. He occasionally writes here and on his personal blog.

Liked our article? Give us your feedback by rating it.
Total Rating : 9 , Average Rating : 4.9