With WebEngage, we survey our customers effectively, see instant reports in a user-friendly interface, and importantly, at a low cost. 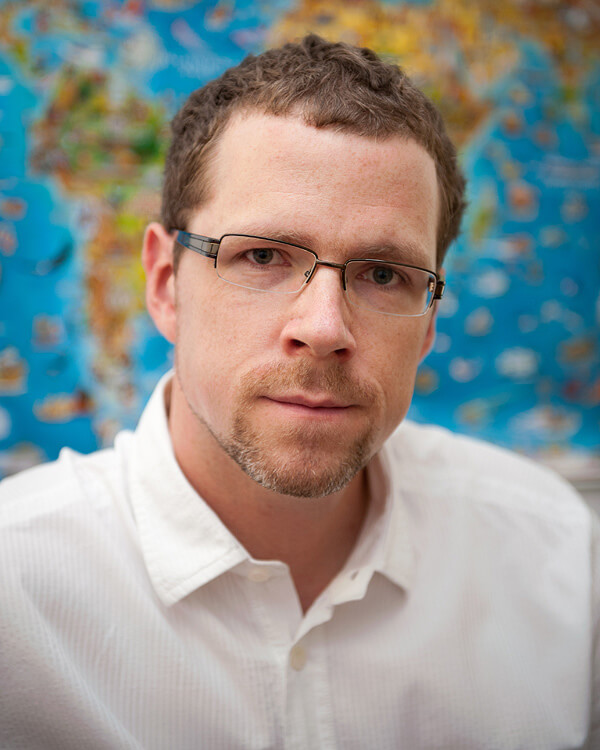 Modrykonik.sk is the social network for mothers in Slovakia and Czech Republic. Women use it to share and discuss motherhood issues, share the joy of growing a family, and find new local connections. In Slovakia, every fourth woman in the age group of 20-39 visits Modrykonik at least once a month.

As part of its website monetization strategy, Modrykonik.sk enabled businesses to advertise on its site. To add value for advertisers, the product team at Modrykonik decided to survey its users to help advertisers discover insights around their products.

However, the downside of this modus operandi was that using third party services turned out to be uneconomical in the long run. On the other hand, emailing survey questionnaires consumed too much time to incite a response, with poor response rates. On top of this, they could not survey the anonymous, unregistered site visitors.

After having tried different ways of surveying, Modrykonik sought an effective, quick and inexpensive way to survey its site visitors. And WebEngage came to its rescue (as an effective alternative to panel management system software).

For Modrykonik, it began with understanding the site visitor characteristics; site stats showed 98% of its visitors were women and 86% mothers. They saw this concentrated user base, with common attributes and shared interests as a sample for surveys, a source to gather insights about and around the business of their site advertisers.

Modrykonik created a product called ‘Research Your Brand’ for advertisers on their site, WebEngage plays a central part in it.

For example, using ‘Research Your Brand’, Drugstores research to know how mothers consumed drugstore products. For conducting this research Modrykonik.sk runs various WebEngage surveys and combines them with other sociological research conducted offline to deliver complete picture about specifics of consumer behavior.

The below-mentioned website survey questionnaire demonstrates how Modrykonik helped one of its clients understand the buying behavior of mothers vis-a-vis food products. 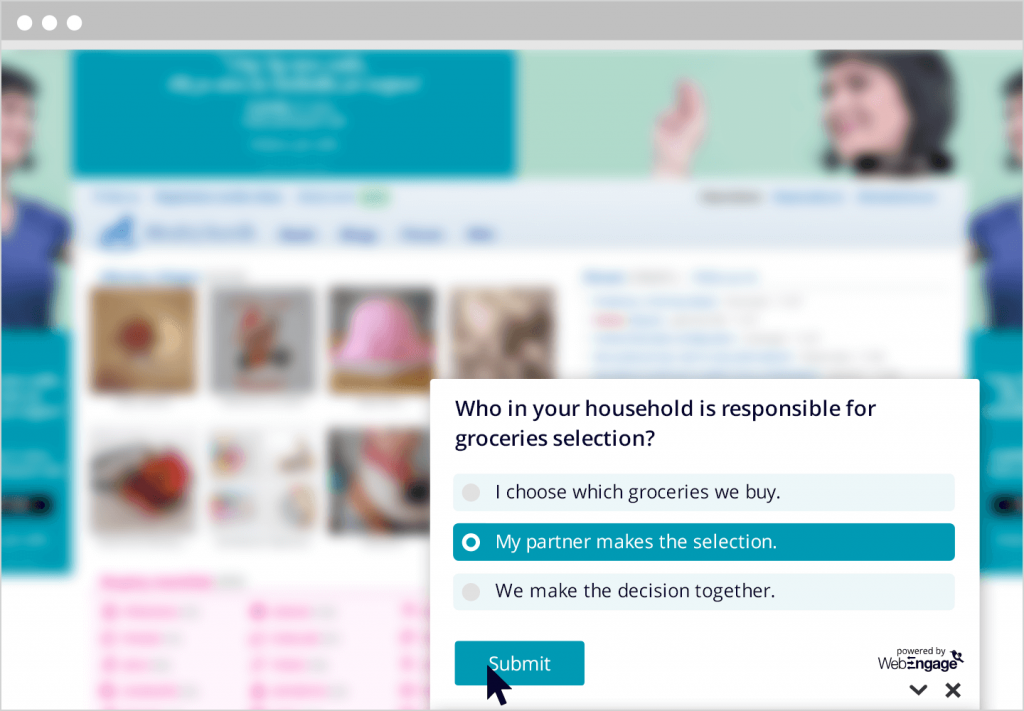 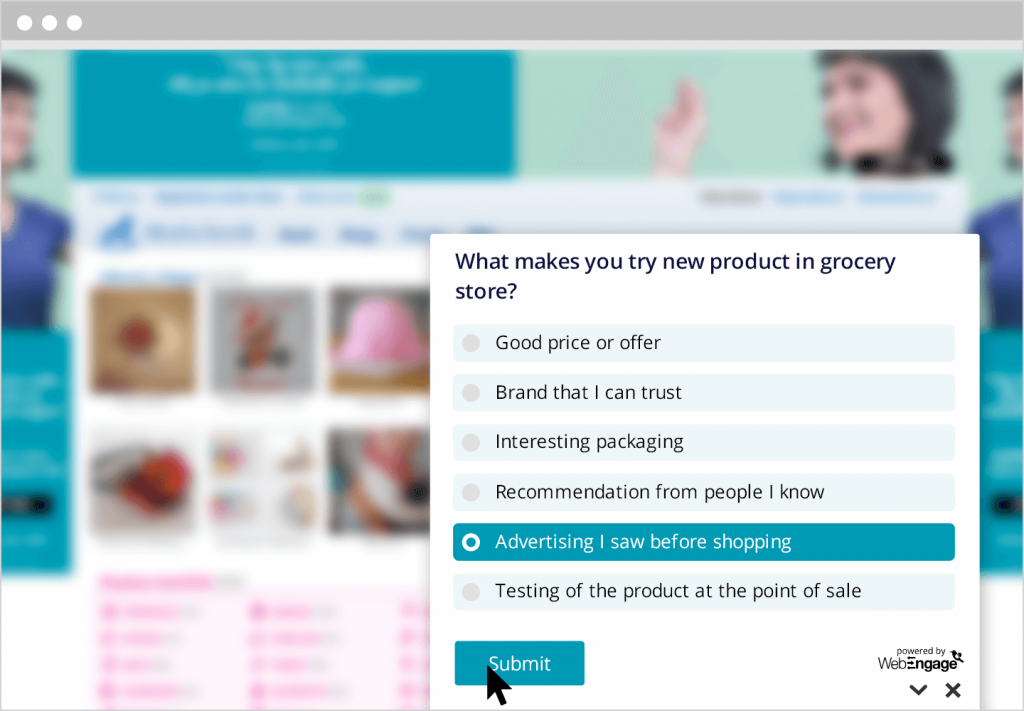 WebEngage’s website surveys support custom themes. This makes surveys match the look and feel of surveys to that of the site. WebEngage acts as an effective alternative to the panel management system. It allows you to run targeted surveys on your site to your segmented audience.

Moreover, the targeting rule builder ensured that the survey was displayed after a ‘time delay’ (time user spent on the site) of 30 seconds , on URL’s containing ‘www.modrykonik.sk/forum’.

A glimpse into the survey results shows that a majority (60%) of respondents bought groceries themselves. And their propensity to try new products depended upon two major factors – Good Prices & Recommendations.

The other benefits of using website surveys included improved efficiency, ease of use, targeting right set of users, the ability to quiz anonymous/unregistered users and real-time reporting.


Altogether, WebEngage helped create value not only for its client but also for advertisers on the client site. A win-win for all.

Before we stumbled upon WebEngage, we used traditional offline surveys and found them extremely slow, difficult to run and very expensive. Now with WebEngage, we survey our customers effectively, see instant reports in a user-friendly interface and importantly, at a very low cost.

How Carsoup.com uses On-site Notifications to drastically increase the CTR of its ads