How Shuttl, an urban mobility startup in India, uses Journeys to acquire more users through referrals

WebEngage has been a great complement to our growth strategy. It provides engagement and analytics on the same dashboard, making things easier. 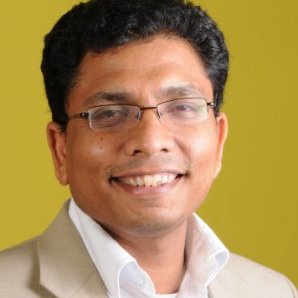 How Shuttl, an urban mobility startup in India, uses Journeys to acquire more users through referrals

Shuttl is one of India’s largest bus-aggregating platforms. It is founded by two IIT grads- Deepanshu Malviya and Amit Singh, who previously worked for Jabong. The company has around 450 AC buses plying on the roads of Delhi which is home to the largest number of vehicles among Indian cities. The company has so far raised $23 million in venture funding.

Running a referral program is a very common way for consumers and SaaS products to increase their signups. In fact, more than often apps push large referral incentives to power their acquisition. 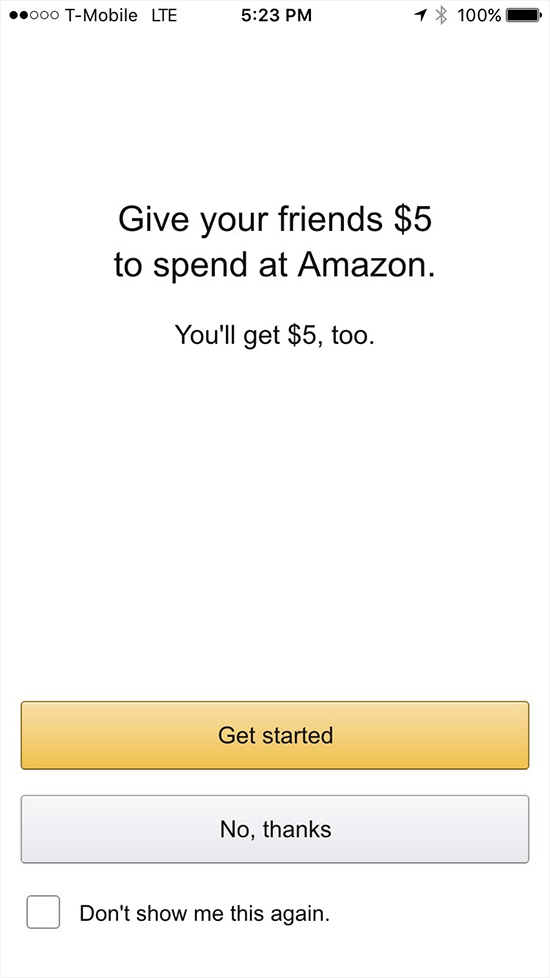 Like everyone else, Shuttl too extensively relies on referrals to power their acquisition.

However, there are some key challenges to address before launching a referral program:

Prompting each one of your users to refer is obviously not a good idea. So you have to identify the attribute or action that a user, who is likely to refer, may have or done respectively. You could then nudge them to refer as soon as the user does the corresponding action.

We cannot expect the user to install right after we send the first message. We would have to do contextual follow-ups. Also, those follow-ups should terminate as soon as the user installs or performs the desired action.

Measuring is obviously imperative. But what are the metrics to consider? For the time being let’s agree with what Referral Saasquatch considers as the right metrics to consider while evaluating a referral program: Participation, Referral, Impression, Response, and Conversion.

Moreover, your referral program should have a solid, least time-consuming mechanism to evaluate its success.

Shuttl addressed all the above challenges to create a seamless referral program that significantly contributed to their growth.

Shuttl created two journeys. Both of the journeys are separate but interlinked and that’s the beauty of them. 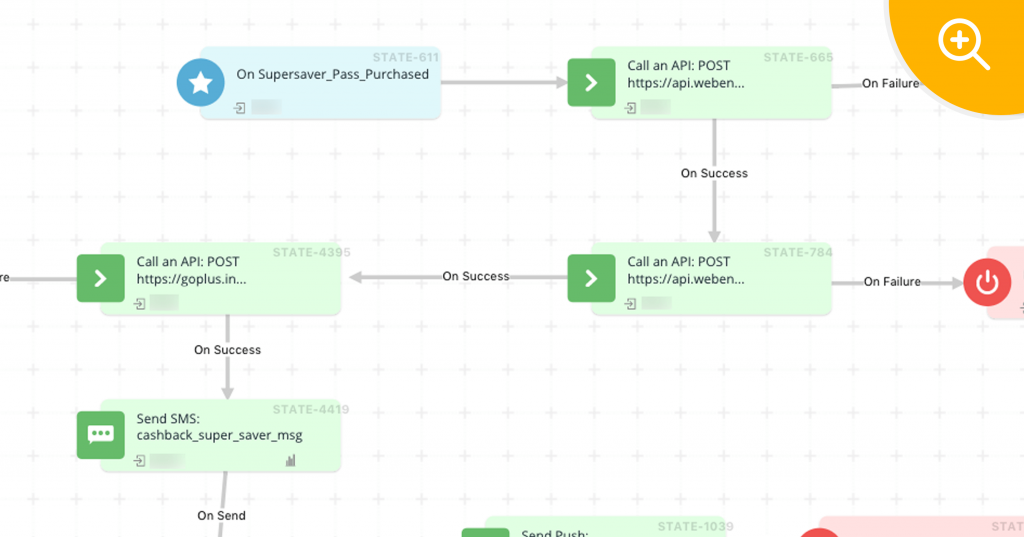 We had discussed previously in the challenge that the foremost thing to do before launching a referral program is to identify the user who is likely to refer.

Shuttl addressed that by launching an offer that allowed a user to gift rides to his friend while purchasing one for themselves. This automatically filtered the users who are genuinely inclined to refer. 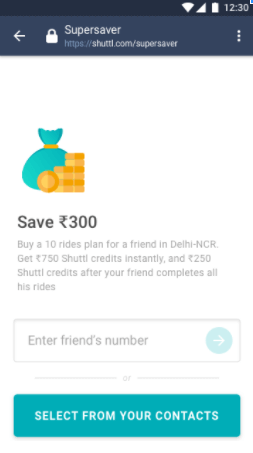 Now, when the user feeds the number of the friend is when the Journey 1 is triggered.

The highlight of the journey is this- three API blocks in succession.

Look at it like this, the user merely refers a friend and you subsequently engage with three externals systems via API call- CRM, Journey, and backend.

To a marketer, the ability to trigger an API call when the user performs an action is shot in the arm. It has myriad powerful use-cases.

Let’s talk about Journey 2 now. We understood that Journey 2 is triggered by the first journey itself. The aim of Journey 2 is to nudge the very ‘friend’ who was referred in the previous journey. He has been offered free subscription by his friend but we also want him to install the app and use it. Hence, this journey: 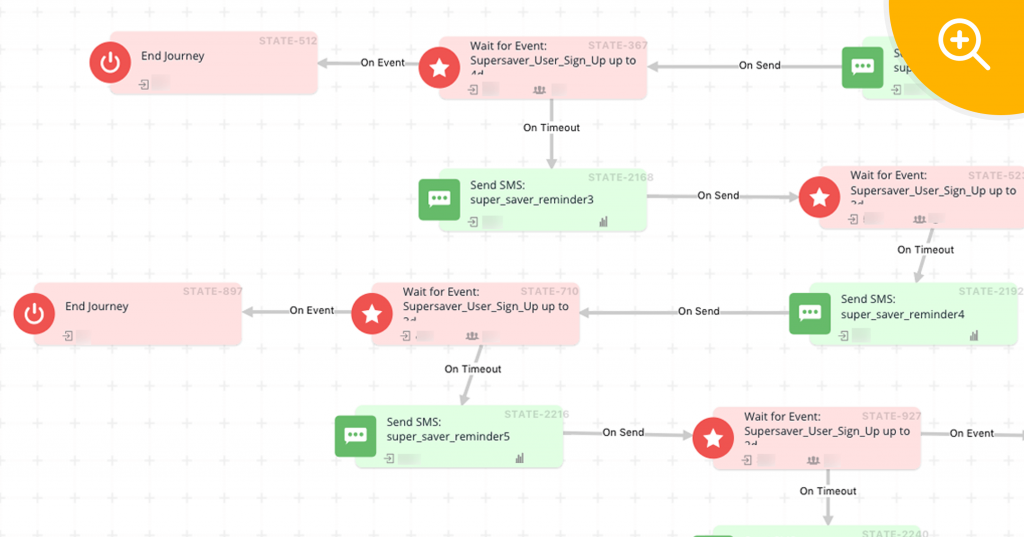 If you notice, the journey is basically a drip but after every message, it checks for the following:

– ‘Friend’ installs the app
– ‘Friend’ should be a new user

Only when the above two conditions are true, the friend is exited from the journey and no such related message is sent to him.

Below is the simple chart illustrating how the entire process works.

Shuttl has productized referral which naturally generates significant subscriptions for them. 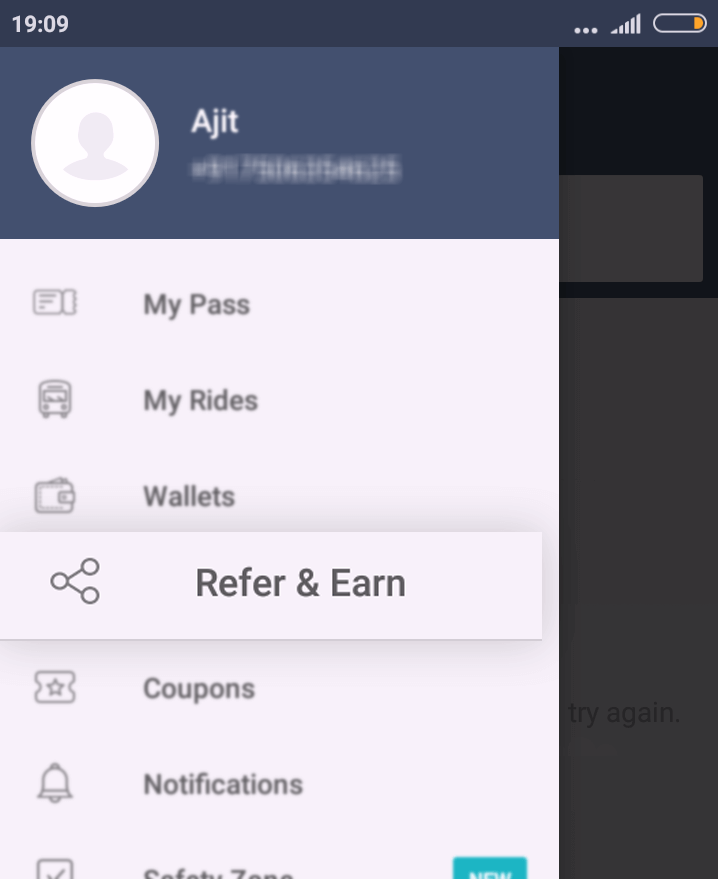 Do You Also Rely On Referrals For Acquisition?

WebEngage has been a great complement to our growth strategy. It provides engagement and analytics on the same dashboard that has made things quite easier on the campaign management side. It’s USP is the Journey Designer module which allows you to design your engagement flow visually and can solve really complex use-cases.

How Yatra, the second-largest OTA in India, uses Journeys to increase its gross hotel bookings by 3.2%