WebEngage has improved our ability to understand and unify user data to solve the retention problem. We’ve seen a 22% uplift in repeat purchases. 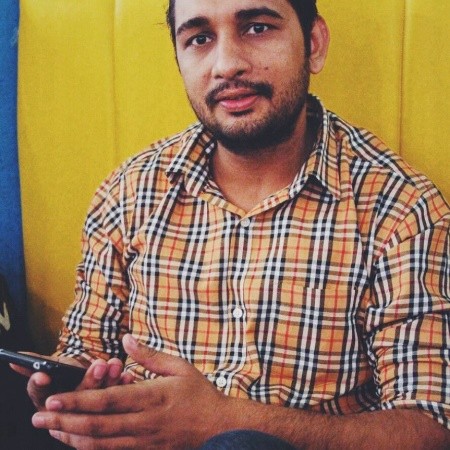 Founded in November 2012, Chaayos is a venture by Nitin Saluja and Raghav Verma, addressing the innate need of Indians for a hygienic, made-to-taste cup of chai, beyond the comfort of their homes.

In this case study, we will discuss: 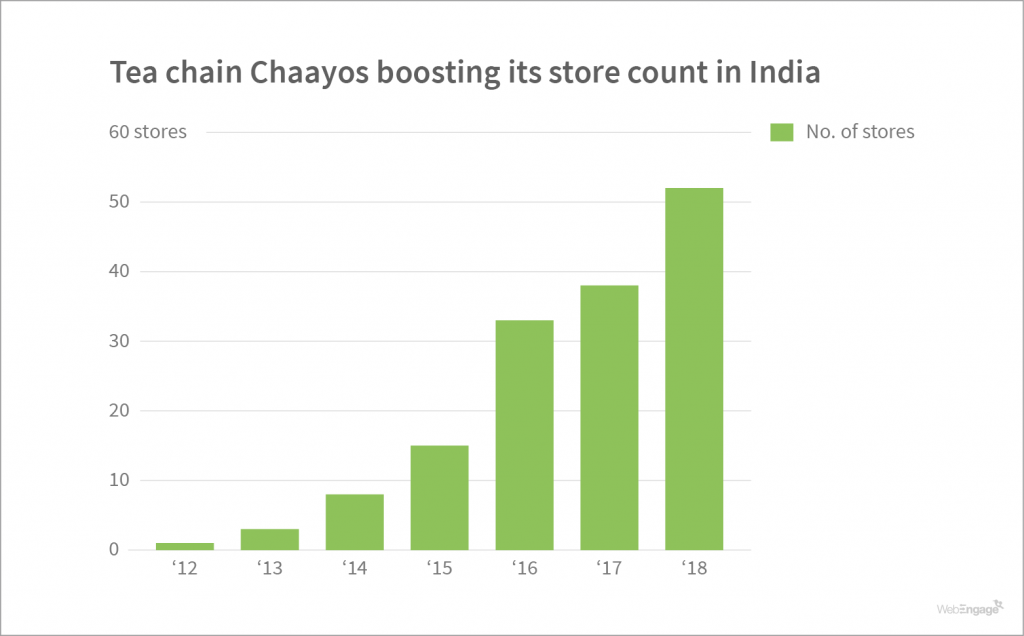 Chaayos now has 50+ cafes across Delhi-NCR, Chandigarh, and Mumbai, having added 20 cafes in the last 18 months.

With an 80:20 split between offline transactions in the form of dine-ins and takeaways, and online orders through their web-app and website, Chaayos currently sells over 500k cups of tea every month. They are betting big on their offline business and target to triple their sales within the next 18 months.

To keep up with the targets and reach out to all chai lovers, Chaayos charted out a plan to open several cafes across the country. While the plan was in place, they also wanted to invest in their existing customers. They were driven by the belief that returning customers resulted in higher ROI as compared to new customers. 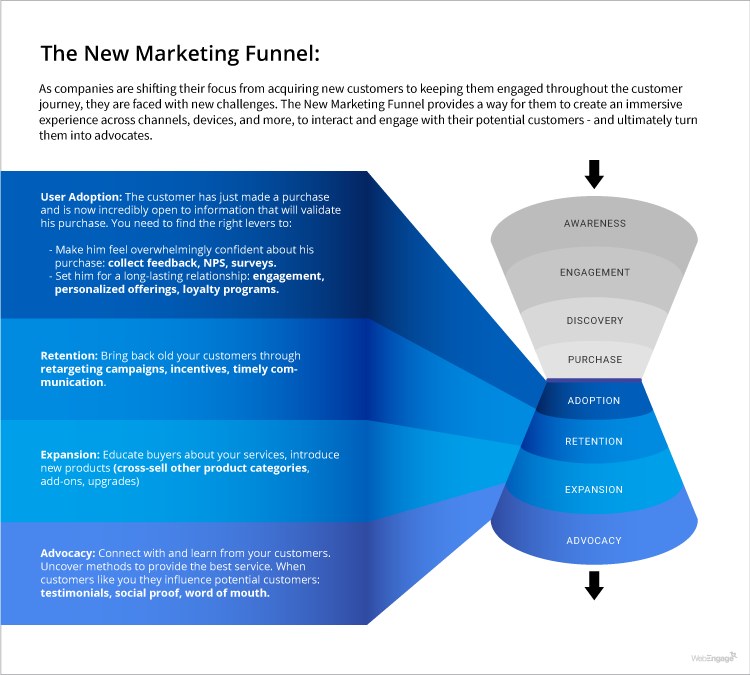 So, when Chaayos decided that customer retention was the way to go, they were confronted with three major challenges.

To increase profitability from their existing customers, Chaayos aimed at increasing the following metrics that defined their customer’s purchasing habits:

Of all the users who placed an order for the first time, ~44% of them returned to place an order again.

How often customers were purchasing from Chaayos in a given period of time.

Evaluating the two metrics will give Chaayos more context about their customer’s purchasing habits which will be instrumental in improving stickiness.


Chaayos realized early on that shelling out on acquiring users who only transacted for an introductory offer only boosted temporary footfalls. In the long run, it was leading to;
1. Loss of revenue and hard work that was put into acquiring the user.
2. And a loss of opportunity to nurture the relationship over time.

Streamlining their efforts on getting the lost customers back was going to help Chaayos save quite a lot of time, money, and effort.

Chaayos understood that customer feedback is one of the most reliable sources of tangible data that can be used in making future business decisions. Collecting feedback was easy, but translating it into actionable takeaways was a challenge. For instance, mapping customer feedback from their retail cafes wasn’t as seamless. This was a hurdle in getting meaningful insights into their staff’s performance.

To overcome the challenges discussed above, the team at Chaayos decided to organize their entire customer base data. This would help them understand their customers better and execute their retention plans accordingly.

For a retail business like Chaayos, a POS (Point of Sale) system records and collects all sales transactions and associated customer data. Such large data sets are a treasure trove but are not malleable into anything concrete until retailers bring in powerful analytics that can process the data into meaningful insights.

This is enabled by marketing automation tools like WebEngage that are robust enough to ingest large raw data sets and help retailers to optimize their business with: 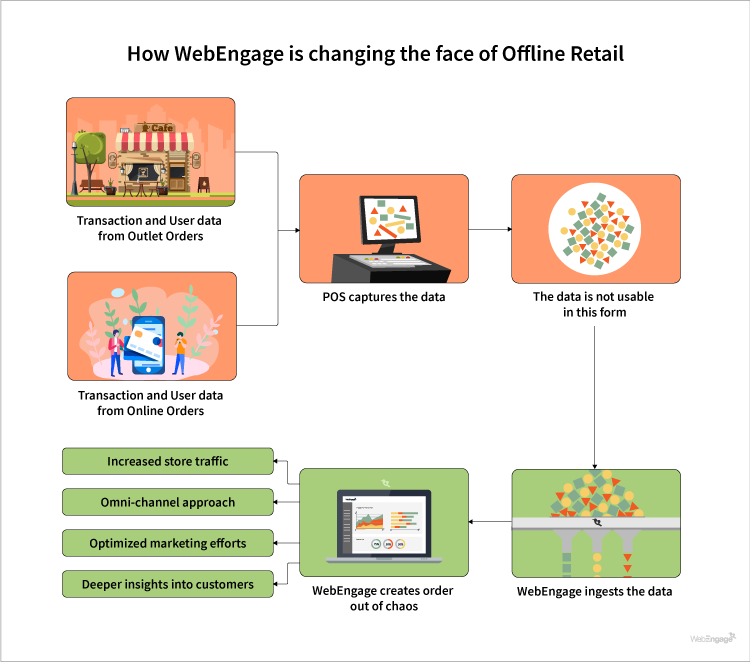 Using the WebEngage Journey Designer, Chaayos executed omnichannel engagement workflows to address their retention problems. Let’s walk you through all the journeys they created to overcome each challenge.

A Loyalty (LoyalTea) program was introduced to reward customers for every interaction with Chaayos cafes. A journey was created specifically to promote the loyalty program to the users.

Using the journey, Chaayos could now engage with their customers on a recursive basis as opposed to a single nudge after the first order. Let’s analyze the journey to see how it drove footfalls to their cafe and increased the repeat order rate:

Journey Designer empowered Chaayos to drive engagement across their user’s lifecycle with personalized content. The message on the left introduced users to new menu items, while the one on the right was custom-made for gift card users.

The journey was created in May and after three months of run-time, it showed a conversion rate of 38%-39% in July. This means that in the month of July, 38%-39% of their customers (that were targeted by this journey) placed repeat orders in the cafes after receiving a message from Chaayos.

Table 1: Journey performance. Conversion = Repeat purchase by users who were nudged by the journey

Now, one might argue that these customers may have converted organically i.e. without being nudged by the journey. Well, the answer lies in data.

Of all the users who were eligible to receive the SMS, a fraction (10%) of them were not sent any message (this group of users is called a Control Group. They entered the journey, but bypassed all the steps of communication, which means that they did not receive any external nudge from Chaayos). We then compare the conversion numbers of the two groups: those who were engaged by this campaign (i.e., received a message from this journey) and those who were not (the Control Group).

In the screenshot above, you can see that the overall conversion of the journey is 38 – 39% whereas the conversion for the Control Group (CG) alone is in the range of 9-10% i.e. without any external nudge, only 9-10% of users came for a repeat order.

Through this journey, Chaayos was able to increase their purchases by ~301% for the users who were engaged by the journey. This shows that the journey had a tremendously positive impact on their top-line.

Conversion numbers for users nudged by the journey grow faster than the control group users.

They say that even if your loyalty program snags you just one or two regular customers, then it would have practically paid for itself already.

Chaayos experienced an uplift of 30% in their order frequency; customers who were engaged via this journey placed at least 2 more orders within the next 3 weeks.

So far, Chaayos has enrolled 95% of their customers in their ‘LoyalTea’ program, which has been consistently winning them repeat purchasers. 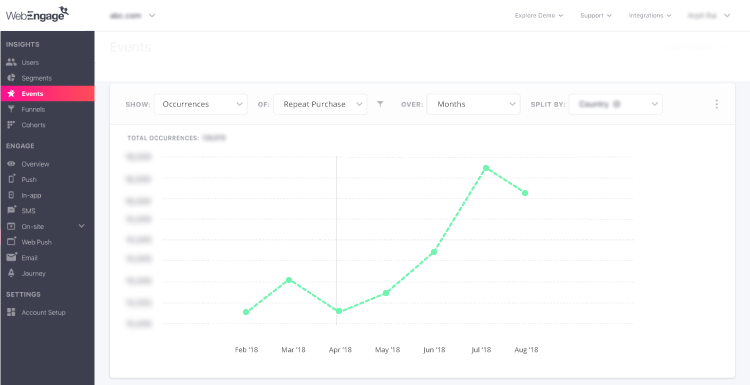 The above graph shows the MoM trend in overall repeat orders since May.

There was an overall 20-22% uplift in repeat orders since they started using WebEngage.

Through the loyalty program, the company was also able to understand its customers’ preferences for different occasions and suggest the right product for campaigns to be executed later.

Chaayos used their WebEngage account to create a segment of inactive users and created a second journey to re-engage these customers. They used the following parameters to identify inactive users; 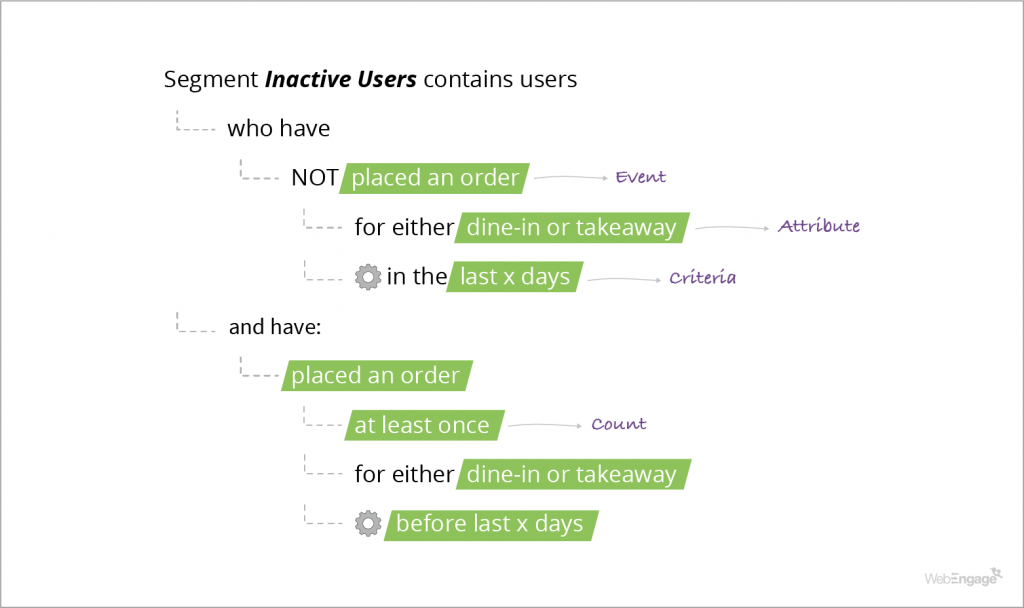 We’ve analyzed this journey below. 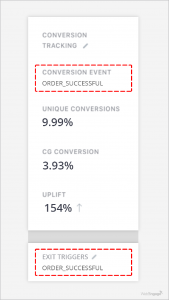 Winback journey performance. A conversion is considered when an inactive user places an order.

The industry standards for unassisted reactivation of dormant users is usually between 2.3-4.3%. But with the help of this journey, Chaayos reactivated 9-10% of their dormant users. Here is a snapshot of the journey’s performance:

The CG for this journey recorded a conversion rate of merely 3.93%. This means that had this journey not been running, Chaayos would have converted only one-third of their inactive users. This was a 154% uplift in inactive user retention.

Chaayos created their third journey to garner user feedback and rating. These ratings were then used to calculate the NPS (Net Promoter Score) and derive actionable insights into what was working well and what should be done to make the customer experience better.

Here, we have analyzed the journey that Chaayos created to collect user feedback.

“You don’t earn loyalty in a day. You earn loyalty day-by-day”. That’s what Chaayos set out to emulate, and has solved their customer retention problem, rather effectively, with the intelligent use of WebEngage’s Journey Designer. 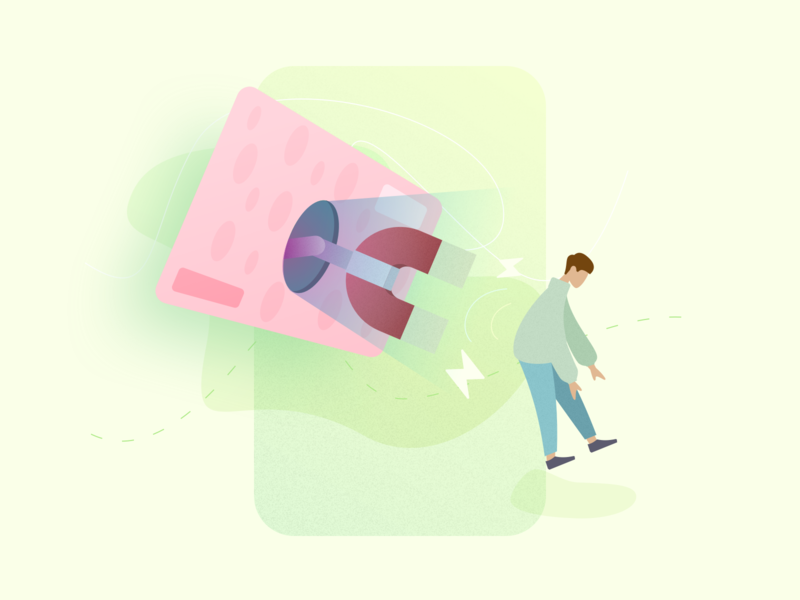 WebEngage has greatly improved my team’s ability to understand and unify user data to solve the retention problem. Within 3 months of launching the journeys, we’ve seen a 20-22% uplift in repeat purchases – something we are extremely proud of.

The NPS survey gave my team an opportunity to derive actionable insights to deliver the best customer experience. Thanks to WebEngage, we can now be focused on the experience layer that we want to create for our brand.