I’d been looking for a product which could help us automate our marketing operations. It became possible when we collaborated with WebEngage. 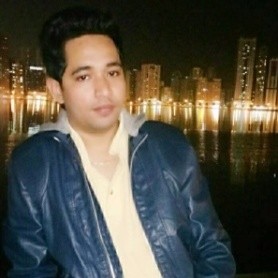 DODuae.com is one of UAE’s largest online shopping store. Started in 2015, it managed to rapidly grow its traction because of its relatively low pricing and real super fast delivery. The company claims to have delivered more than 70% of all the orders on its portal in less than 24 hours. It is the owned and run by Sharjah-based larger company Al Waqt Al Haqiqi gen tr. L.L.C.

If the pockets are deep, it is easier than ever to drive the revenue of an E-commerce business manifold. Because, in retail, customer loyalty is a myth. Just raise the discounts and ignore your CAC, even if it penetrates the stratosphere and nobody in your team would ever complain about revenue.

There was a challenge briefly when customers were loath to shop online. Now, that has changed. Today, consumers are buying online. And in absence of any differentiator, the one who incentivizes the most sells the most. 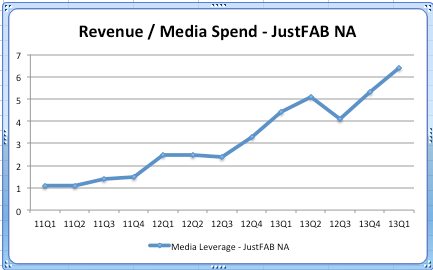 Normal companies increase their CAC to drive more revenue, in total contrast to what great E-commerce companies do, which is- increase their revenue while keeping their marketing cost flat. Following is the graph of marketing spend vs revenue of JustFab taken from the Josh Hannah’s article linked above.

However, we have been told a lot of times that retention is cheaper than acquisition but nobody tells that it is way harder.

This is where solutions like WebEngage come into the picture. The company DODuae.com by virtue of its edge around delivery and pricing quickly managed to grow its customer base. However, its retention use-cases were too complex to be solved by their existing tools. So they chose WebEngage to execute that.

Folks at DODuae.com ran several retention campaigns across all channels and devices. However, in the interest of time, I am picking three use-cases that gave them the most benefit and that you can relate to most:

This is the world’s most popular problem for E-commerce companies of every size. A Majority of them try to solve it the same way which is by running an autoresponder which is triggered if the user adds to the cart but doesn’t check out within 24 hours.

a. What if you want to send region-specific abandoned cart emails?
Since it is FIFA season, how about leveraging that in your message.

b. What if the user isn’t reachable on email? You surely would want to communicate with him via another channel, right?

c. What if you want to send another message (only) if the user doesn’t purchase after the first nudge 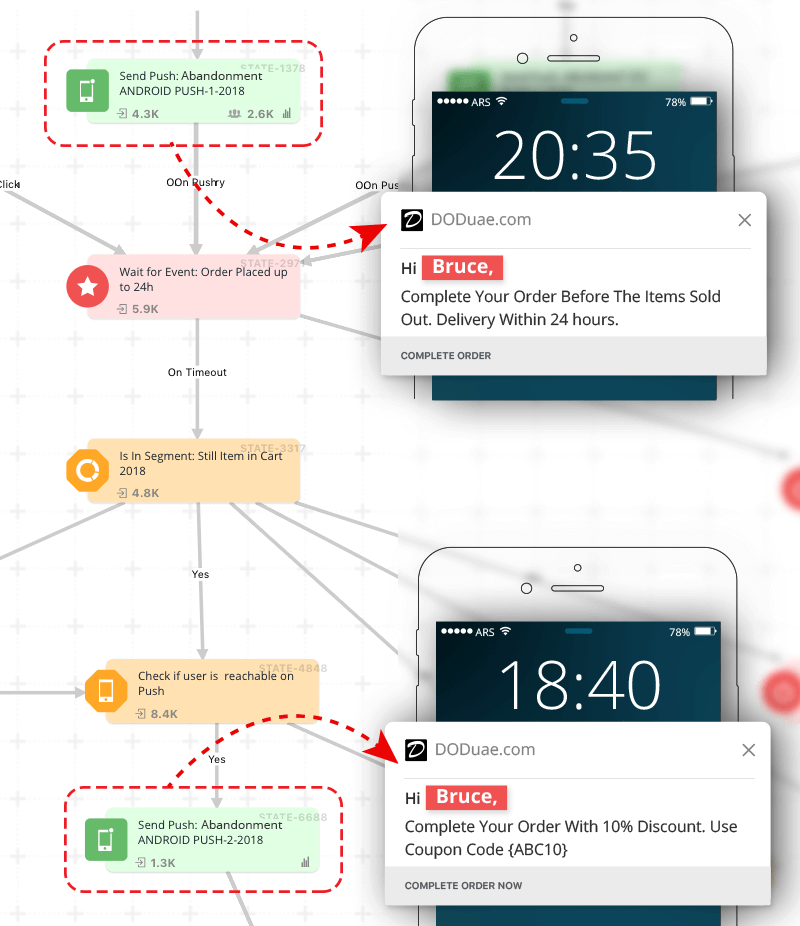 There could more such conditions which essentially contribute to creating a better experience for the users. Normal autoresponders provided by your ESP are way far from being able to do anything like this.

2. Added to wishlist but not purchased

Adding to the wishlist is showing a strong intent to buy something. When a user adds to a wishlist, he is simply postponing his decision to purchase.

A timely, contextual nudge from the seller works well to convince users to purchase. 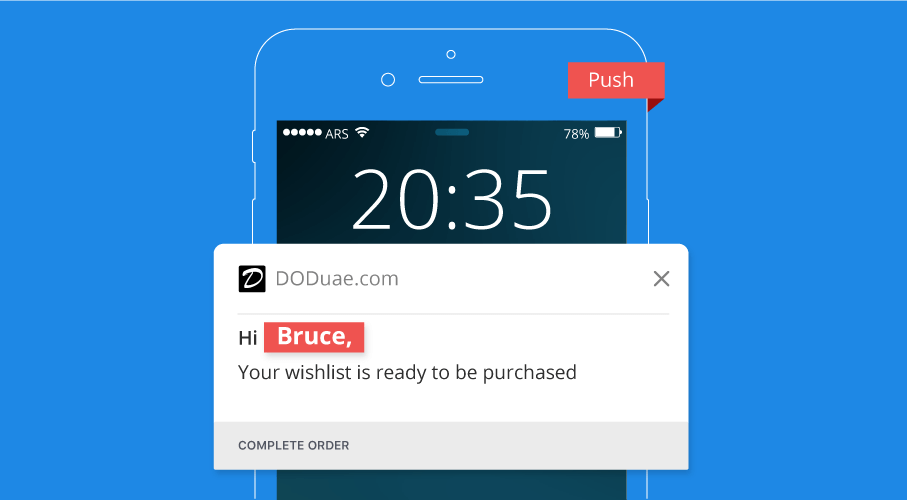 Oftentimes user wants to purchase but backs out at the final moment when he is only a step away from the transaction.

For DODuae.com or any E-commerce business per se, it would be bad if he is a new user because a lot of effort and money as acquisition cost goes into bringing that user to the site.

Therefore, DODuae triggered a notification that incentivized the user to purchase if he tried backing out at the final moment.

The output of the three campaigns that we discussed in the previous section has been summed up below:

The numbers may look unbelievably high and it took some time even for us to let that sink in. You are most welcome to directly correspond with guys at DODuae and if you are a customer we would be glad to do the connect.

Middle-east is seeing a lot of action around E-commerce. Only last year, the Arab world’s largest E-commerce business Souq was acquired by Amazon for mn $580. In response, Dubai-based Emaar group launched noon.com- their answer to Amazon and Alibaba and raised $1 billion dollars to invest in it.

WebEngage has been an early catalyst in this market through our association with Souq and others since 2015. We are proud that more B2C businesses from this region are turning to WebEngage to boost their bottom line.

Your Business Has The Potential To Minimize Abandonment

I’d been looking for a product which could help us with automating our marketing operations. It became possible when we collaborated with WebEngage and got a well-customized solution for our platform. I especially laud the team for being super helpful. Hope this partnership stays long and brings success to both of us.