I come across some 3-5 emails every day in my inbox which I open only to scout for ‘unsubscribe’ link or mark as spam. But true to their reputation, they show up again the next day and I painfully repeat the same process.

Marketers at large don’t give priority to creating an easy unsubscribe flow for their subscribers and the reason is fairly understandable- nobody bets money on a lame horse. A person unsubscribing you is adding negative value to your business, as there is a significant cost involved in acquiring a subscriber. Moreover, you would be least concerned about how pleasant is the quitting experience of someone who has chosen to leave you.

Hence, email marketers leave little to no scope for a person to escape from their email blasts and if you check your email on a regular basis then I am close-to-100% sure that you too are a victim of spam emails. To protect the users, the U.S. govt had passed a CAN-SPAM act in 2004 that keeps a check on the business sending unsolicited spams to the millions every day.

But the fact that a lot of anti-spam activists were dismayed at the introduction of this act, which gradually earned the name you-can-spam act, proves that it hasn’t really been successful in what it set out to do.

To ensure that the opt-out request of a user is honored by the sender there are several compliances defined in the CAN-SPAM act. However, the act has not been able to address all the key reasons leading to spam giving legit status to some of the spammy methods sometimes knowingly or unknowingly assumed by email marketers.

Even if a user has once given the mandate to send emails to him, he should also be availed an easy opt-out feature.

In this post, we are going to discuss some of the “don’ts” which although legitimate should be avoided while designing your unsubscribe page (read ‘page’ as flow).

1. Do have an unsubscribe button in your email

While scouting for the job during my college’s final semester I inadvertently created an account on one naukri.com, being oblivious of the fact that thereafter would begin the tirade of spams about unstoppable erroneous opportunities email as if my life is depending on them. Frustrated to the core, I decided began scouring for ‘unsubscribe’ link in the emails, but guess what, they didn’t have one. 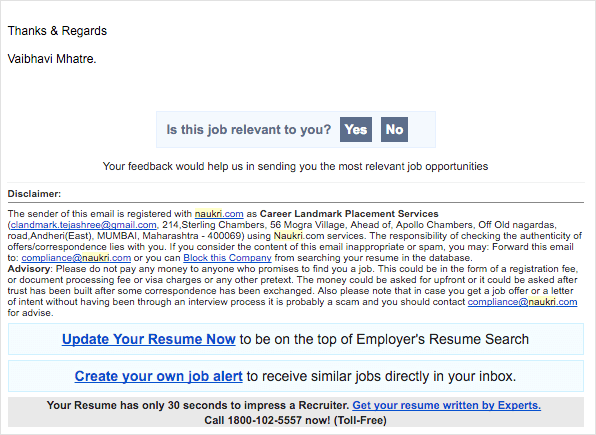 After giving up on my Gmail’s spam and filter feature I decided to write them an email. You can visit the following link to see the response (I didn’t paste the image for its large size):

Looking at the solid structure and composition of the mail I am assuming that it was one of their canned responses, implying that they send it to a lot of folks every day.

Now, we would wonder is it not illegal to not include the unsubscribe link in the email? But apparently it is not. I have answered your ‘how’ below:

CAN-SPAM act categorizes email into the following three types depending on their messaging:

However, the fact of the matter is, although naukri.com was surely able to continue dropping emails in my inbox, what was the tangible output- poor experience, increased penalization risks from Gmail and of course forever unsubscribe.

You should always provide the customers the choice to ignore your marketing messages. This should be invariably ingrained in your every marketing activity.

2. Do not push them to log in to unsubscribe

At first instance, I was absolutely bewildered to see that this practice actually exists until I encountered it myself. There are several companies which insist you on signing in for you to be able to unsubscribe from their emails.

When a user decides on unsubscribing you there is naturally a negative sentiment that drives him to do this. In that mental state if you ask him to feed his email Id and password, which most probably he doesn’t remember, and then transcend through various steps to finally be able to unsubscribe, then you are overly optimistic about your subscriber’s patience. Further, take into account the plight of the user who is trying to unsubscribe on his mobile device. Fun fact again- 47.2% of emails are opened on mobile.

In the CAN-SPAM’s act, there is a provision that you can’t ask for anything from the subscriber except the email ID. However, because CAN-SPAM only applies to the commercial emails, companies find a way to pass these emails as relationship messages, just as business-oriented social networking platform- Linkedin.

LinkedIn indulges in this practice of making users log in, for them to unsubscribe.

When questioned about it a representative from Linkedin said– “we ask for the member’s password to confirm that it is truly the LinkedIn member who is accessing their account settings to update their email preferences.” However, this argument doesn’t really hold any significance because you can always ask your subscribers to confirm their email ID on a new page before they finally unsubscribe.

3. Do not send them an unsubscribe confirmation email

There are several companies which send a confirmation email once the person has unsubscribed. Now, keeping the technicalities aside, I personally find such emails extremely funny because the person you are mailing has just asked you not to do that. Businesses send it because it doesn’t violate CAN-SPAM act although it does clearly violate the fundamental common sense which states that you should stop talking once the person has covered his ears. 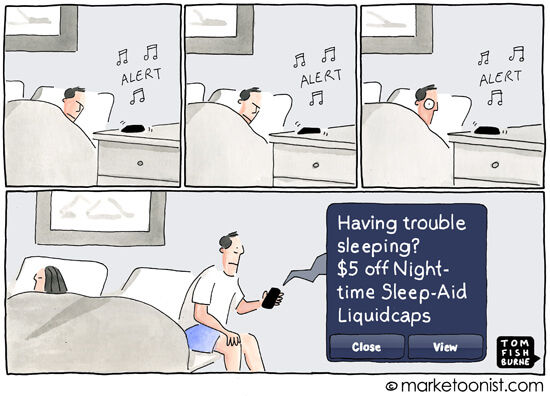 Coming to how it is CAN-SPAM compliant-  CAN-SPAM allows you to send “notification of a change in the recipient’s standing or status with respect to a subscription”. So, CAN-SPAM ironically allows you to spam in this case.

On this issue, founder of Vertical Response, Janine Popick says- “don’t send me an email telling me you’ve unsubscribed me. Hello, I just unsubscribed from your email! Don’t send more of it.”

But, if you do decide on sending the confirmation email anyway for any reason whatsoever, then do comply with these guidelines set by Mailchimp.

Yeah, that’s right. When a person has chosen to unsubscribe, apply it immediately without further delay.

CAN-SPAM act gives you the deadline of 10 days to stop sending emails once your subscriber has opted out, but you should take the deadline as zero seconds.

However, implementing the preference or unsubscribe request of the subscriber may require time in some cases depending on the kind of setup you have in place. Oftentimes, you employ more than one ESP to send emails and you couldn’t manage to edit the list when there are multiple campaigns on hold to be pushed shortly. Thus, although your intentions are good your ex-subscriber might blame you for spamming.

To avoid getting into a situation like this, set the expectation right about the tentative deadline within which the preference of the subscriber would be implemented. And yes, respect that deadline.

5. Keep the unsubscribe link functional FOR EVER

CAN-SPAM states that the unsubscribe link in the email must be functional for not less than 30 days.

This is a fairly decent period. If a subscriber has decided against unsubscribing you even 30 days post receiving your email then one may assume that he is not likely to do it ever. But, if he has chosen to do so after 30 days then there must be a very profound reason behind it and he must be able to do that.

Besides, if someone wants to unsubscribe you then he would do it any which way. If the unsubscribe doesn’t work, then he would consider spam and filter options to do it and you wouldn’t want to reach that level.

Marketers are obligated to include the unsubscribe option in their email and there is no turning back from it. But oftentimes many of them in an attempt to evade unsubscribe choose to confuse readers with a dubious synonym instead of the word unsubscribe. Some choose to disguise it in a paragraph filled with legal jargons making it fairly impossible or extremely exhaustive for untrained eyes to find it.

For instance, try finding unsubscribe in this newsletter’s footer below:

CAN-SPAM act doesn’t dictate the positioning or exact word to be used for the unsubscribe in the mail which is why there is a lot of ambiguity but Gmail has found an easy way to end this pandemonium.

Gmail, at the onset of 2014, had decided to put an explicit unsubscribe link at the top of the newsletter giving a fluid unsubscribe option to the readers.

However, this also doesn’t work for all emails. It works on only with the ones that have an unsubscribe link in the first place.

7. Do not have one-click unsubscribe button

Several email marketers keep the option to unsubscribe with a single click and honestly, it’s truly a very good practice.

But, while it may seem absolutely ethical to let your leads unsubscribe from your newsletters just by a single click, there are three big downsides to it:

A growth hacker on Medium named Aladdin Happy shared his experience of introducing an extra step to the one-click unsubscribe on his newsletters. Here is what he did in gist:

What did he do? He just added an extra step to the one-click unsubscribe journey and the results could be seen below: 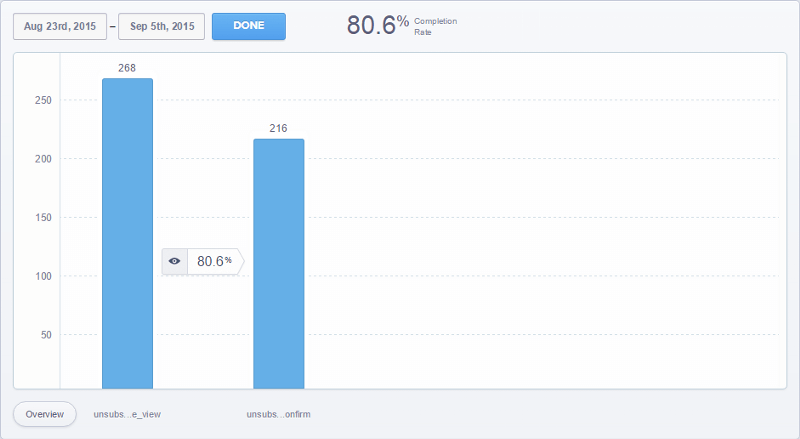 So, the conclusion is, create an intermediate stage between ‘unsubscribe’ link and actual unsubscribe wherein you ask your subscribers to confirm the email ID. However, don’t expect the subscriber to feed the email address himself rather auto-fill it.

[pullquote align=”full” cite=”” link=”” color=”” class=”” size=””]Giving the option to quit is about giving your subscribers an absolute authority over what they see, read or use, which should apparently be the case- crucial for the experience that you should be availing.[/pullquote]

Finally, if you have decided to design an unsubscribe page for your subscribers then kudos, you are part of a very rare marketers tribe which has spared its attention for this page. There is no scientific data to back this up although. I have come to conclude this after enquiring in my personal network and I would love to hear if your observation has been otherwise.

7 Best Practices For You Before Sending Emails

Liked our article? Give us your feedback by rating it.
Total Rating : 2 , Average Rating : 3
Related Articles 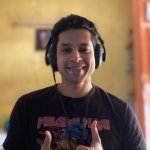