EP #13: The Art Of Building A Successful Startup And Everything Else In Between

Rand Fishkin is the founder and ex-CEO of Moz. Currently, he is the co-founder and CEO of SparkToro. A leader in the field of Search Engine Optimization (SEO), Rand is also an author of the bestselling books ‘Lost and Founder’ and ‘Inbound Marketing and SEO: Insights from the Moz Blog’.

Some of his notable achievements include:

i. He has been named one of the 30 Best Young Tech Entrepreneurs Under 30 by BusinessWeek.
ii. He co-founded Inbound.org along with Dharmesh Shah of HubSpot.
iii. He was one of the early introducers of SEO as an industry.
iv. He raised close to $30 mn in venture fund.

In the early 2000s, Rand started the SEOMoz blog which was the precursor to Moz – the SEO software.

Avlesh speaks to Rand about building and scaling a startup, navigating the world of VC funding, understanding the need to create a personal brand for entrepreneurs & much more that founders love to talk about!

Here are our top 3 picks from the episode:

Should founders focus on personal branding?

Avlesh: I wanted to understand from you, for our audience- How important it is to work on your personal branding and what does it take? I think the larger question is what does it take for you, as an entrepreneur, to build a brand for yourself?

Rand: Yeah! so I mean I would say a few things on this topic, one is, I don’t think it’s necessary. I think it can be helpful. It’s right for some entrepreneurs to personally brand build, and I think for others, it’s just fine.
Yes, I have personally found it very helpful. That’s because Moz started as a blog, right? So before there was any company or business, there was this written, regularly updated content series that generated the interest which eventually became the customer base for our consulting business and the customer base for our software business. For us, yes, it was very important, it was highly valuable and for me obviously brand building came about through content marketing.
I don’t think people are particularly interested in Rand Fishkin, they are interested in what does he write and say. How can he help my business, how can his content help me become a better marketer and if I have any personal brand cache, that is because of the educational work that I have done to help other people. And that’s very different from; I like Rand because his face is funny and he is on YouTube or he is on Ted Talk every day. Whatever it is, those are some different kinds of personal branding.

Being slow and organic in your growth versus being fast and inorganic.

Avlesh: How different was it for you, scaling Moz, I know 0 to 1 must have been hard; we have all read that in your book! The part I am very curious about is, how hard or easy was it after that? Let’s say from 1 to 10, 10 to 20, I would love to know about those phases and the challenges that came along with them.

Rand: I don’t know if I will be able to categorize different phases but let me try; the way I will break it down is probably 0 to 20, 20 to 75, and then bigger than that. I categorize them that way because in the very early days we were extremely scrappy, didn’t have a lot of budget or revenue, our ambitions were generally smaller; getting a little bit more profits, few clients was a lot for us. We were able to make sufficient payroll so that was a lot for us too. The next phase which I would call the very comfortable, relatively organic growth. At that point in time, Moz raised close to $1 million which we used to build our technology stack but that got us to about 12-15 employees, so we grew subtly; maybe 2 or 3 new people every quarter until we were about 60-70 i.e. 5 years later, that’s when we started focusing inorganic growth. We raised around $18 million and started going really fast. We were spending ahead of revenue coming in, the rate of new hires was extraordinarily high and that’s when the systems started breaking down. We tried to build new ones but we had no idea about what we were doing. Then came the culture crash, much of the early team started leaving. To be honest with you, I don’t think the challenge is in the raw number of people so much as the speed of adding new people to the team. My advice for the founders generally is to be a little slower. Be a little more organic in your growth, ironically, it makes growth easier.

Avlesh: True. The mandate is always to raise money and go faster than you could but maybe people should slow down sometimes and see how the organic growth pans out for them.

Navigating the world of venture funding, bootstrapping, and turning profitable.

Avlesh: We would love to know about your new venture, Rand. Congratulations on raising that round, I just checked the open-sourced documents yesterday. It is an unusual fundraise.

Rand: It is a very unusual fundraise. So Avlesh, you are familiar with the fact that Moz raised institutional money from the venture capital, which is generally the case with most of the startups. With SparkToro, my new company, that is not the case at all. We raised $1.3 million which is a little bit more than Moz had raised in its first-round around 2007. At SparkToro, we have raised money from the angel investors, so 36 individual investors put between $30,000 to $100,000 each, most of these people are those whom I personally know, people like yourself, CEO and entrepreneurs all around the world. This round was not structured like a venture round where you put in your money and hope to get it back with interest when the company gets acquired or goes public. SparkToro has a different structure, very old school in a way that lets us pay dividends on our profits. Let’s say you have put in $50,000 in SparkToro, so before the founders could take their share of profits from the business, we have to give you, you get your share of dividends back first. Basically, the first $1.3 million of profits goes back to the investors first and then everyone participates on the pro-rata basis in profit sharing. My hope around this is, SparkToro does not have to be a massive company financially to be successful for its founders and investors. We don’t have to be a unicorn to give our investors their money back. If you can get your $50,000 in a year or two and then again make the same amount or more by re-investing it, then it’s a win-win for all of us, right?

Avlesh: So how does that move from the VC world to this world feels like? Is it peaceful?

Rand: Yeah, it is peaceful!

In this hour-long conversation, Avlesh and Rand discuss:

i. How to focus on content management and distribution?
ii. When to aim for more capital?
iv. The right approach to hiring.
v. Elongating the hyper-growth phase.

Thank you for your patronage. We hope you enjoyed the first season of EngageCast. It has been a great ride and a fabulous learning experience.

We will be coming out with the second season soon enough, so stay tuned! 🙂 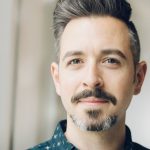 Rand Fishkin is the Co-founder and CEO of SparkToro. He is a marketing thought leader and has penned down his experiences as an entrepreneur in his latest book 'Lost and Founder'. 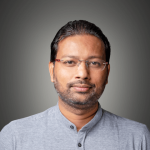 EP #9: How To Create A Robust Full-Funnel Strategy For Scaling FinTech Businesses

Episode 6: Rewriting the Marketing Playbook for 2020 & Beyond | Vibhu Bhushan

Episode 4: Rewriting the Marketing Playbook for 2020 & Beyond | Abhishek Patil